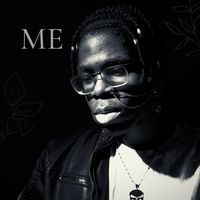 From the recording Me

(Woo, shit, woo, shit) feel like the man that be
Y'all was in the book, begging for a hook, had to tell y'all that those bands ain't free
(Grind so hard nickname VC)
Couple more racks to get down like me
I could make a hit for a new light fee
I'm not in the booth less it's vip

Unh, shoot, I'm in the building with all of my crew
Couple of baddies no space for a coupe
Bro got a van so we'll make that shit use

Ugh, who, heart on my hand so you know where I shoot
First music vid I pulled up with a suit
Next music vid is a mask for the loot

[Verse]
Had to pull up on the spot
Y'all would've left me to rot
Had to show y'all how I rock
Chef with the pot
Did all this shit from the dot
Reasons why all of this hot
I kid you not
Kids on my block getting shot
Places that I couldn't trot
Fuck do you mean
I can't show out for no thot
That girl she know what I got aye,

I can't do dumb for that chick
Might go all in for a lick
Don't care what else it inflicts, I'm for the bands it's all for the risk
Got 90 minutes to write
Told em I'd do it in 6
She asked if she was my favourite
Told her I'm nice I don't pick

Whoa, shake what you got if you thick
Go hella dumb make a flick
Kynny boy ain't you a singer
Anything making me rich
She used to mess with the waste
Had to cut ties with the prick
Babygirl run up the bands
Bring home the cash in a quick

[Verse]
Had to put this in my speech
Y'all were not fucking with me
I'm in your hood sipping tea
Please do not mind that it's me
Y'all on my neck like a flea
Feel like a dog on a spree
Don't want a bitch I need three
City stay looking like jheez
That girl she French? I said oui
She used to take LSD
Tu te t'aime pas mon chérie
Je peux t'aimer pour un prix
Y'all had a newest release
That shit was making me sleep
I told the boys it's a sweep
Who you gon' really believe?

Whoa, baguettes
Silver's as good as it gets
You tried to dip out and leave
Now you just filled with regrets, oh shit
Whoa, shit, whoa, say less
Shit that you did no effect
You do the most just for press
You was popping I digress